We are pleased to announced the faculty for the February 9 - 14, 2014 Five Day Academy for Spirit Formation will be... 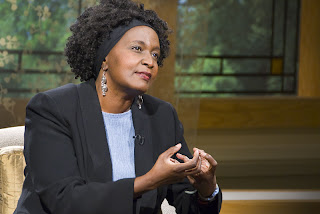 The Rev. Grace Imathiu is a United Methodist minister who has served congregations in Kenya Africa, Washington, Ohio, Tennessee and Wisconsin. She was born in Kenya and raised in the town of Meru and the city of Nairobi. She is an ordained elder in the Methodist Church in Kenya. She has served in congregations in Nkubu and Lavington, Kenya; Richland, Washington; Delaware, Ohio; Nashville, Tennessee; and Green Bay and Brown Deer, Wisconsin.

As a preacher and Bible study teacher, Grace is in constant demand all around the world. She is especially a favorite among the youth and has been a regular preacher at the International Christian Youth Conference in Germany, USA and Ireland and the National Christian Youth Conference in Victoria and Sydney, Australia. Grace has ministered in Kenya, Togo, Germany, Denmark, Australia, Malaysia, Brazil, England, Ireland and all throughout the United States. She has led Bible Studies and has been a guest preacher in many Conferences in The United Methodist Connection.
Rev. Imathiu was educated in Kenya, USA, Israel, and England. She is author of Words of Fire, Spirit of Grace, a collection of sermons. She is married to renowned landscape and nature photographer David Hay Jones (Journeying Through the Days, Upper Room, 2002), and they have a son, Erik. 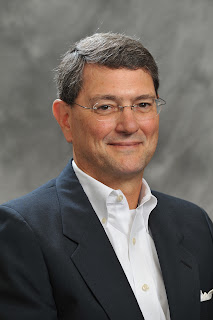 Dr. Loyd Allen is Sylvan Hills Professor of Church History and Spiritual Formation at ’s McAfee School of Theology, as well as a spiritual director and retreat leader.  He delights in the varieties of Christian spirituality that emerge in different times and places over the span of Christian history.  Though most of his adult life has been spent ministering among Baptists in the South, he was baptized in a small Methodist church, which shared facilities with a Presbyterian congregation.  Married to Libby, whose family is devoutly Roman Catholic, he has continued to broaden his knowledge and experience of Christian spirituality traditions throughout his life.  He spent a sabbatical learning about and experiencing the Celtic spirituality heritage of Wales, and has led pilgrimages to Israel, Iona and Lindisfarne. Taking the theme of faith as pilgrimage, Dr. Allen teaches Christian spirituality like a traveler telling stories about the places he has been or wants to go.

2023 NTX Academy is completely full, w/ no wait list. We celebrate your interest in The Academy for Spiritual Formation & welcome 2024 i...